On August 6 Krasnodar to meet Lokomitov Moscow as a part of Matchday 4 of Mir Russian Premier Liga.

In the previous round Krasnodar beat Ural in Yekaterinburg (3:1 with a brace by Eduard Spertsyan). Lokomotiv was smashed by Zenith in St.-Petersberg (0;5).

Krasnodar and Loko have played 22 official games against each other, all of them within the Russian Premier Liga standings. Out of these games the Bulls won 7, drew 3 and lost 12 with 27-31 goal difference. At home Krasnodar won 6 games, drew 1 and lost 4. Goal difference - 19-14.

In the season 2021/22 Krasnodar lost to Lokomotiv in Moscow in the 5th round (1:2). Jhon Cordoba answered to the brace made by Fyodor Smolov with one goal. On their own pitch the Bulls managed to take a revenge (1:0) due to an accurate long-distance shot by Alexander Chernikov.

The game will take place at the FC Krasnodar Stadium on Sat. August 6 at 20:00 hrs (Moscow Time Zone). Сlear weather with 30 degrees Celsius is forecasted for the whole duration of the game.

The live broadcast of the game Krasnodar - Lokomotiv on August 6 will be provided by the federal channel "Match TV" and scheduled at 19:50 (Moscow Time Zone). You can also watch the game for free in the Winline official app. The broadcast will be available on August 6 at 20:00 sharp, at the same time with the kick off. 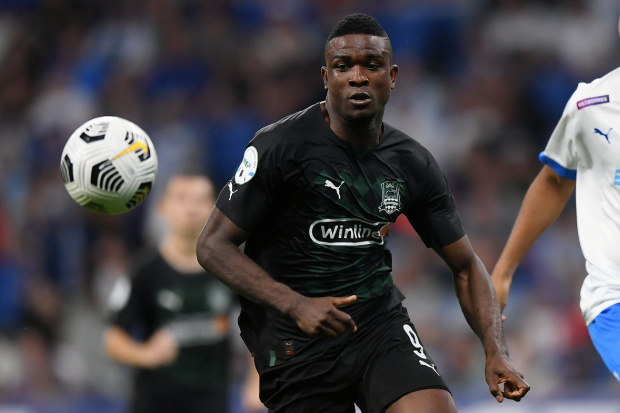 Krasnodar draws against Dynamo in Moscow