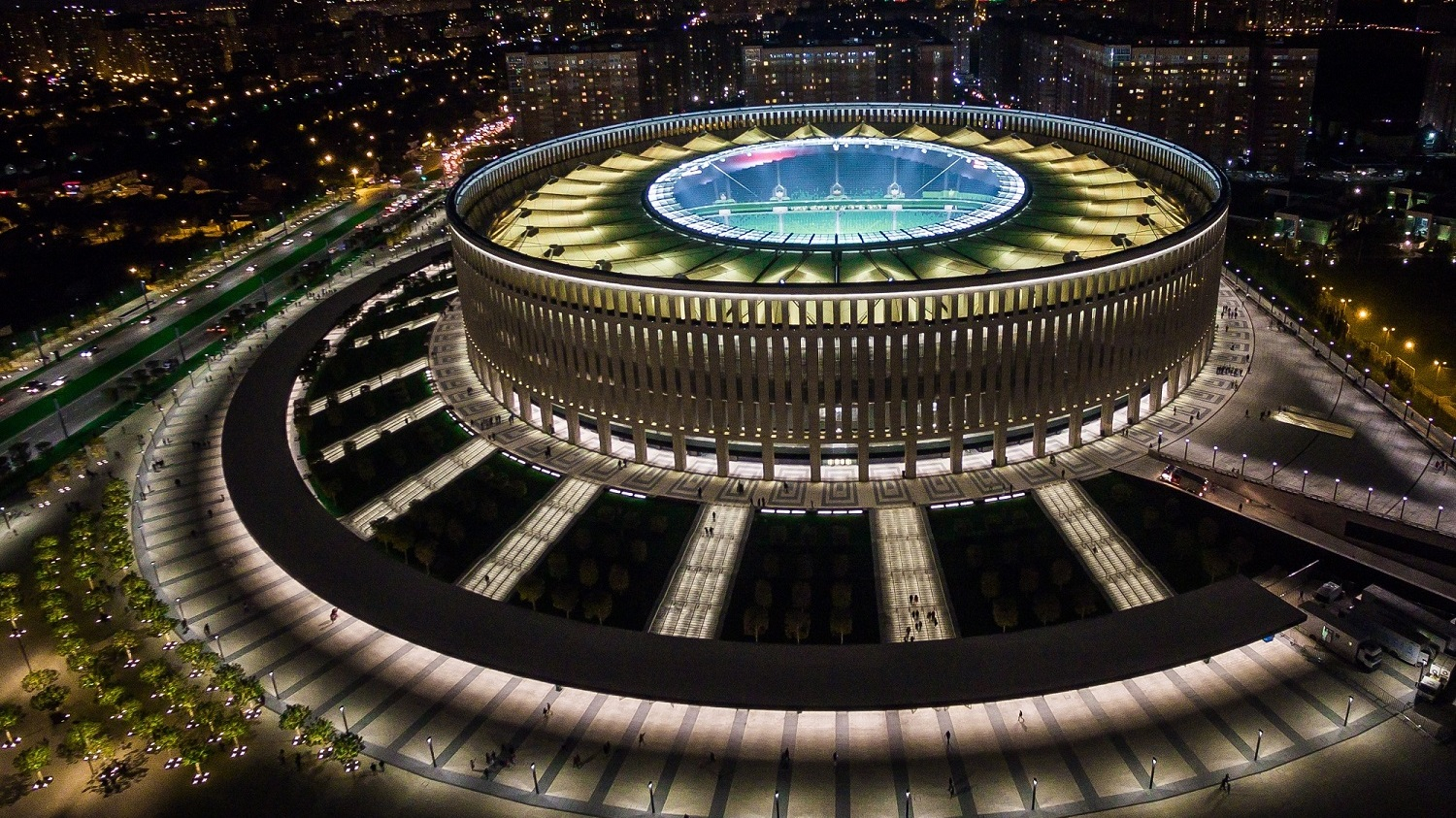 Construction of the new FC Krasnodar stadium was started in April 2013 and completed in September 2016. The capacity of the sports facility's bowl is 35,179 seats, among which 3,273 are VIP seats and VIP boxes.

During the winter break of the 2018/19 season, the stands were reconstructed: the consolidation of the media zone allowed to install additional seats for the club's fans in the central sectors, and the total capacity of the arena exceeded the mark of 35 thousand seats for the first time.

Before the 2019/20 season started, the capacity of the arena had been increased by 105 seats.

The roof of a special cable-stayed structure covers all spectator’s seats. The stands are equipped with an infrared heating system for maximum comfort of supporters in cold weather.

There is a giant mediascreen of 4700 m2 installed around the whole perimeter of the stadium's bowl.

The football field (the size of the playing area is 105 by 68 meters) is built using all modern technologies: heating, forced aeration, cooling, artificial lighting of the lawn.

Comfort and safety during matches is provided by up to 700 stewards. Next to the stadium, there is a park that has been built on an area of 21 hectares. The number of parking spaces on Hero Vladislav Posadsky st. (formerly General Troshev street) is 1807. The parking lots inside the stadium are designed to accommodate 249 cars.

According to the UEFA criteria, the arena has the highest, fourth category of conformity . The stadium's technical capabilities allow it to host matches of tournaments of any kinds and classes conducted under the aegis of UEFA and FIFA.

During the 2018 World Cup in Russia, the territory of the Academy and the FC Krasnodar stadium served as the home of the Spanish national team.

International matches of national teams at the stadium of FC Krasnodar:

After being built, FC Krasnodar stadium received high marks from the guests of the facility and the professional community.

On the "Season tickets" page (the "Stadium" section), you can find out about the benefits of the subscription program, types of season tickets and their prices. Information about tickets for the Bulls ' home games can be found on the "Buy tickets" page. You can walk around the stadium using a virtual 3D tour.

THE PLAN OF THE FC KRASNODAR STADIUM WITH PRICES 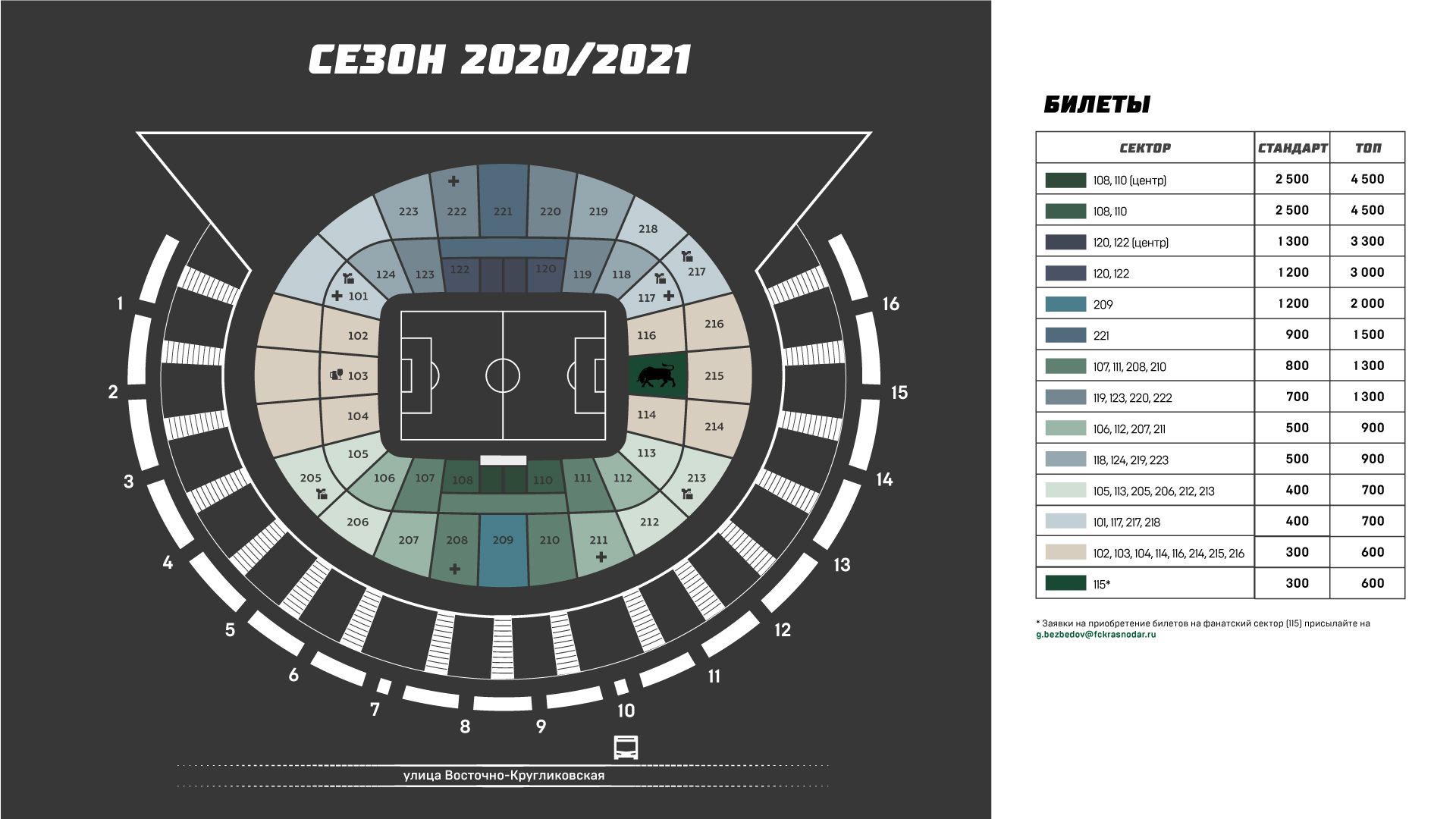