The black-greens began the game against FC Nizhny Novgorod in a super powerful way. Enough scoring chances were created for them to be able to secure a big lead even before the half-time. However, only one goal was recorded in the first half when Krychowiak beat everyone in the air after a corner kick had been served by Vilhena.

In the first forty-five minutes FC Krasnodar netted two more goals, but both times the referees interfered. A goal by Kaio was canceled due to an offside on behalf of Krychowiak, and Córdoba involuntarily handballed while he was getting the pigskin past Anisimov. A hail of wasted chances went on, as Claesson attempted three shots from killing positions, Córdoba failed to exploit a one-on-one situation with the keeper, Vilhena hit the latter with a shot from a few meters, and Cabella did not push the ball into the net where it belonged. As a result, the total upper hand the Bulls were displaying was not equally represented on the scoreboard.

In the second half the score finally caught up with the Bulls’ performance, even though Córdoba did miss a penalty kick. At first, Cabella, Krychowiak, and Spertsyan conducted a flawless counterattack after a defensive set piece. Then Chernikov cut the ball into the net after a serve by Cabella from another corner kick. The runaway win was secured after a goal Ilyin scored with his heel.

At the death Gotsuk improved the stats for the corner kicks that resulted in scored goals with his precise shot, but this setback did not affect the outcome. FC Krasnodar smashed FC Ninny Novgorod and achieved a spectacular away win. 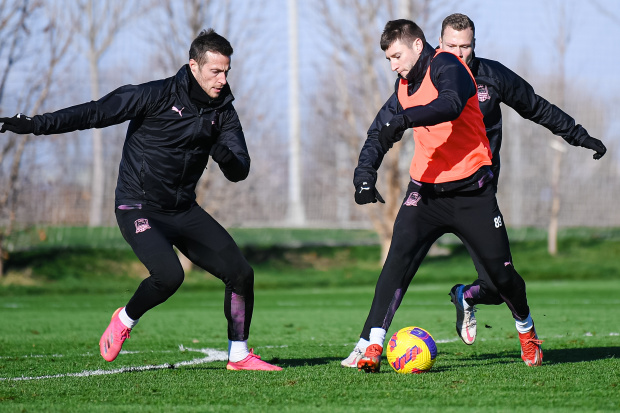