“First” was the word that highlighted the match staged at the Krasnodar Stadium tonight when FC Krasnodar met the Russian Premier League first-timer club from Sochi in the first home game of the season. It also became the first clash ever of the two teams in question and was labeled by many as the Krai Derby, which in turn proved to be vivid and spectacular. Both teams would attack a lot, but the black-greens acted in a more dangerous and persistent way. The home team therefore scored twice before the half-time. Both goals were scored by the striker Ivan Ignatyev, who was subsequently recognized as the Man of the Match. On the 14th minute this FC Krasnodar Youth Academy-trained player acted great as he was first on the ball and shot it into the net after an aimed low cross by Wanderson. With the first half almost over, he succeeded in finishing the pigskin when the Sochi keeper Zabolotny parried it in front of him after a trademark salvo from afar by Vilhena.

The second half was no less exciting, and three key events should be noted out of the many that took place in 45 minutes. Marcus Berg made his debut with FC Krasnodar and immediately marked himself with a shot that hit the crossbar. Nabiullin of the White-Blues was sent off pitch for two yellow cards. Finally, the home team made the score 3-0 when one more black-green Academy-trained player, Magomed-Shapi Suleymanov, scored a wonderful goal with a super accurate shot from the 18-yard line into the top corner of Zabolotny’s domain. FC Krasnodar thus achieved this splendid big win and took the lead in the RPL standings, for one day at least. 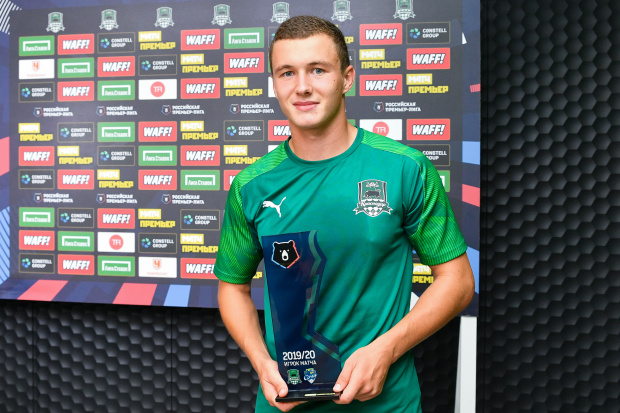