22.05.2019 News
A contract has been signed with the Danish midfielder for four years

FC Krasnodar and PEC Zwolle (Netherlands) have agreed on the transfer of the 24-year-old Danish attacking midfielder of Moroccan origin, Younes Namli, to the Russian club.

Younes Namli was born on 20 July 1994 in Copenhagen, Denmark. In 2012 he signed his first professional contract with the Akademisk Boldklub Gladsaxe from the northern suburb of Copenhagen. That club performed in the Danish second-tier division at the time. Younes spent one and a half seasons with the named team, and despite his young age he became one of the principal players of the Academics. After that he raised his status moving to SC Heerenveen from the Dutch top-tier league, the Eredivisie.

In the three years he spent with Heerenveen the young midfielder alternated between the first and youth squads. He changed the club again before the beginning of season 2016/17, when he moved to another Dutch club, PEC Zwolle, as a free agent

It was the Zwolle club where the talent of this creative player, able to play virtually in any position in the midfield and as either of the wingers, reached its full potential. Younes displayed good dribbling, fine passing skills and decent finishing. Within two seasons he scored 11 goals and provided 18 assists to his teammates.

As for now, FC Krasnodar and PEC Zwolle have arranged all the details concerning Younes Namli’s transfer. The midfielder has signed a personal contract with the black-greens that expires in summer 2023. He will start preparing for the season 2019/20 with his new team in June. 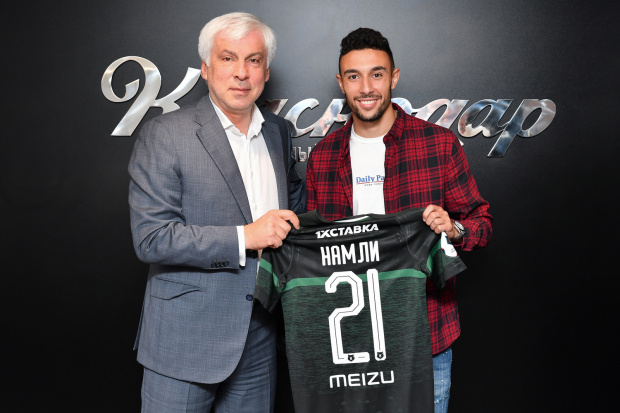