26.08.2016 News
The 28-year-old Brazilian player was bought from the Portuguese Sporting CP

FC Krasnodar defensive line was fortified by the 28-year-old centre-back Edinaldo Gomes Pereira, commonly known as Naldo, who had been previously playing for the Portuguese Sporting CP.

Naldo was born in Santo André, Brazil on 25 August 1988. When he was young he played for such teams as Cascavel, Linense and Oeste. He began his professional career in 2009 in the União São João Esporte Club; later he defended the colors of the Brazilian clubs Ponte Preta, Cruzeiro and Grêmio playing for one year in each of those on a loan.

In the beginning of 2013 Naldo moved to Europe signing a contract with the Spanish Granada Club de Fútbol; he was immediately loaned to the Italian Bologna though where he stayed until the end of the season. In summer 2013 he was sold to Udinese Calcio where he made only 17 appearances in the first season. He spent the following season on a loan in the Spanish Getafe CF where he became the key player of the first team. In summer 2015 Naldo moved to Portugal becoming a player of the Sporting Clube de Portugal from Lisbon and winning the Portuguese Super Cup with them.

As for now Sporting Lisbon and FC Krasnodar have agreed upon the transfer of Edinaldo Gomes Pereira. The 188 cm tall defender has passed the medical examination and signed the 4-year contract with the Bulls. Naldo is to join his new team very soon so as to begin preparing for the next fixture with the black-greens. 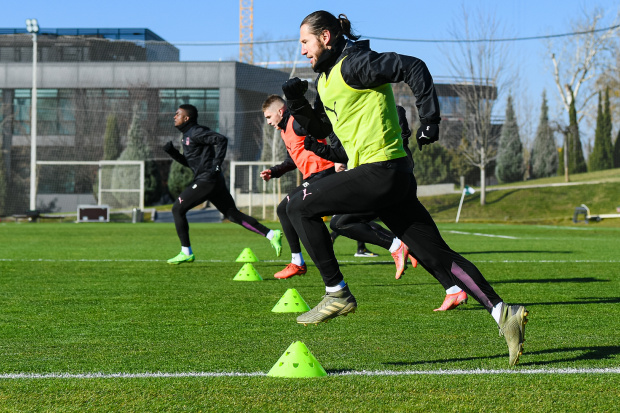 Photos and video from the Krasnodar training on 24 November