The Bulls Smashed the Bumblebees with Smolov Scoring a Double Brace

In order to preserve chances for the Russian Football Championship medals and a place in the final standings qualifying the Club for the UEFA Cups the Bulls had to beat FC Ural at home, and that was one uncomfortable opposition the black-greens have been unable to defeat since autumn 2012. The lineup FC Krasnodar boss Oleg Kononov fielded for this game more or less matched the starting eleven of the previous matchday fixture vs. FC Dynamo Moscow. The only difference was a forced one since Kaleshin had to skip the match due to an excessive amount of yellow cards, so his position at the flank of defense was now occupied by Markov who was quite familiar with FC Ural as he had played there in spring last year.

The Bulls gained control of the territory immediately and began knocking loose the echeloned defense of the visitors. The negative feature of this siege was its not-so-high tempo, while the positive one consisted in a high pressing used by the home team whenever they lost the ball; this technique allowed them to return the ball under control quickly enough in majority of cases. The Uraltsy were able to reply with occasional counterattacks only, but as soon as those finally reached FC Krasnodar penalty area it became somewhat hot there. On the 15th minute Fidler the defensive midfielder was brought by his partners for a shot, but the keeper Kritsyuk of the black-greens displayed a confident performance between the sticks. Five minutes later a good pass by Kulakov allowed Manucharyan to shoot the ball way over the target from the penalty spot area.

In between these two counterattacks by FC Ural a beautiful goal of the Bulls took place, and this one naturally followed the game’s logic. The opener was scored after a set piece; Pereyra provided a classy high serve from the right while Fyodor Smolov jumped high floating in the air for a heartbeat and sending the ball under the crossbar and past the goalkeeper with a nod of his head.

The Krasnodar team would not cease their pressure on the opposition until the half-time, so with thirty minutes of the game done Smolov had another splendid chance to upset his former clubmates. FC Krasnodar striker stole the ball from FC Ural Novikov on the left flank and rushed to a rendezvous with a lonely keeper, but Zabolotny managed to parry his bent shot. Then the goalie of the Yekaterinburg team also coped with Ahmedov’s mighty volley 20 meters away from the goal. In the meantime Kaboré and Mamayev attempted to take shots from within the penalty area, but they missed their target.

And yet the Bulls left the pitch for a half-time interval two goals ahead of their opposition, and the second goal they scored was really an exceptional one! A single minute of an injury time added by Fedotov the ref was almost over when Mamayev found Fyodor Smolov next to FC Ural box with an accurate pass and the latter spectacularly turned his marking player Dantsev around pushing the ball to the centre and nearly tearing the away team’s net in the top corner with a mighty shot from the 18-yard line.

The Ural team started the second half in a rather aggressive way, so it was now the Krasnodar players’ turn to work hard in defense. Still, having repelled a brief onslaught of the Orange and Black the Bulls launched a huge counteroffensive literally smashing their opposition within a few minutes!

For a start FC Ural was forgiven; during a classic counterattack Mamayev sent the ball crosswise to the goal, but the goalie managed to react to the point-blank shot by Smolov while Markov missed his chance of a second ball attempt a few meters away from an empty corner of the net. Anyhow, this miss-kick merely stirred up the home team, so just a minute later Podberyozkin brought Odil Ahmedov to the opposite goal with a vertical pass and the latter cut the ball in a fine way over the keeper rushing to dive into his feet. 3:0! Another minute passed when the first FC Krasnodar hat-trick this season took place. Once again Mamayev displayed his remarkable skills of a playmaker while Fyodor Smolov played splendidly at the spearhead of attack turning around and sending the ball accurately into the bottom corner.

The hat-trick however turned into a double brace very soon with the super joint Mamayev–Smolov making the stands roar with delight again. It seemed as if Fyodor paid no regard to the defenders in front of him this evening as he took a shot virtually with no chance for the keeper to save it.

Oleg Kononov produced three substitutions one after another giving some rest to Mamayev, Pereyra and Ahmedov, the principal players of the group of attack. Laborde, Joãozinho and Wánderson who came in instead of them entered the game smoothly enough, so FC Krasnodar went on swaggering on the pitch bringing joy both to themselves and supporters. Laborde was given an ovation by the spectators for his slalom-like breakthrough across the whole pitch while the two Brazilians created the sixth goal against FC Ural. Joãozinho served the ball from the corner of the pitch while Francisco Wánderson arrived from the depth and plunged the ball on the volley into the net.

The final score could have been even bigger if Joãozinho succeeded in his clear one-on-one situation with the keeper or if Smolov managed to beat the latter in “close combat”. Still, 6:0 is the biggest win ever in the official history of the Club. With this spectacular victory FC Krasnodar confirmed their high aspirations this season. The Bulls are still in the medal run! 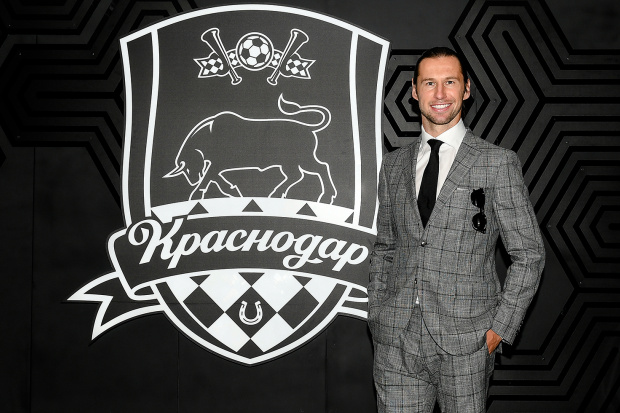 The Polish midfielder has signed a three-year contract 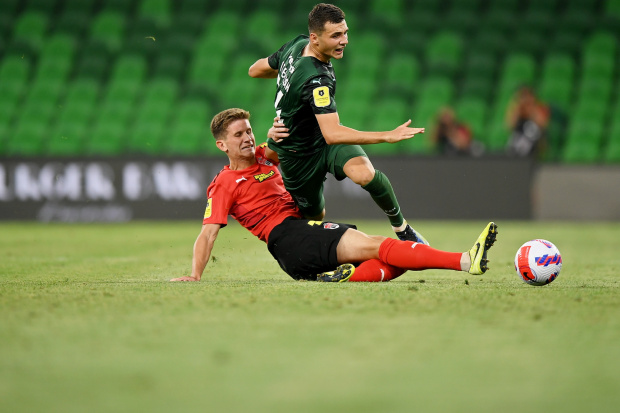 The Bulls Failed to Breach FC Khimki at Own Ground